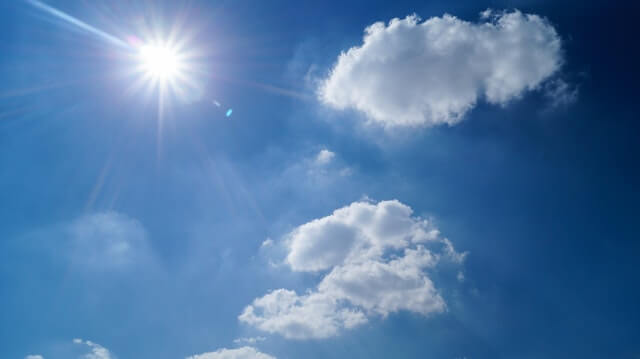 With the second of two May Bank Holidays approaching, we thought we’d take a closer look at what some of the mFortune mobile slots characters are planning to get up to over their extended break.

Everyone is in a great mood – even the Which Witch sisters have called a truce on their bickering – and the countdown to the long weekend is well and truly on.

Our characters have got some really grand plans for their three day break, and we thought we’d share them with you. Here then, is how this May Bank Holiday Weekend is going to go down at mFortune Casino.

Is it even a Bank Holiday weekend if you don’t have a BBQ? Burger Man certainly doesn’t think so, so he’s stocked up on burgers, buns and more toppings than you can shake a stick at to throw his first BBQ of the year.

And he’s throwing a BBQ; whatever the weather. Come sunshine, rain or snow – hey, it’s possible with the crazy weather we’ve seen this year! –  Burger Man is dusting off the Barbie. Even if he has to stand under an umbrella.

He’s roped Buster in to act as sous chef, and we hear that it’s turning into a real shindig. Giuseppe has closed the bakery, has asked his wife to take the reins at the farm and Robinson is passing up 3 days on the beach and heading to the ‘do.  Where’s our invite, lads?

Having heard all about this “Bank Holiday” lark, the extra-terrestrials from have decided they want to see for themselves what all the fuss is about.

We’ve heard that they’re planning on disguising themselves as your average human family, and are planning to do all of the things average human families do on a Bank Holiday weekend. So far they’re hoping to sit in standstill traffic, argue about sitting in said traffic, stand in lots of queues, and squeeze in some fish and chips and an ice cream if they can.

So if you happen to see a funny looking family or a spaceship causing a traffic jam on the M5 this weekend, you know who’s behind it.

Even Detectives need a day off, so this Bank Holiday Weekend Sherlock is stepping away from his cases, and leaving Watson in charge. He can’t remember the last time he had a day off and relaxed and as a self-confessed workaholic a three-day break won’t be easy.

Watson has been telling him for weeks that he’s too uptight so Sherlock is heading to a yoga retreat in the highlands to attempt to get zen, channel his inner spirituality, and see if he can relax and unwind. Crime fighting is a tough job.

He’d never tell his partner this, but the real reason Sherlock is heading up North is he’s got a sneaking suspicion Moriarty is hiding away up there, and he’s hoping to catch him once and for all! There really is no rest for the wicked.

Plotting to overthrow another Emperor whilst trying to maintain law and order is pretty exhausting, so Caesar from Coliseum Cash is heading to the coast for a few days over the long weekend.

We hear that the Italian climate is pretty balmy at this time of year, so our Roman Emperor is planning a little tour of the Amalfi Coast. He’s heard it on good authority – from Robinson himself no less – that the beaches in this part of the world are lovely.

A beach break is just what he needs before he goes back to the day job of knocking down forts and overseeing gladiator battles.

Bank Holidays are a tricky time for the bees from Double Your Honey. They’re not welcome guests at BBQs, people run away from them / swat at them when they hang out in the park, and no-one wants to share their ice-cream with them.

So this weekend, the whole hive are buzzing off to somewhere in the British countryside for their own mini-festival. They’ve found a location with loads of flowers and hardly any humans so they’re sure to have the time of their lives.

That is, if the Queen Bee lets them have the weekend off. We’ve heard she’s got a nasty sting in her tail…

That’s what the mFortune characters are getting up to this Bank Holiday weekend, but what about you? Head on over to our Facebook page and let us know how you’re planning to spend the long weekend.

Are you ready to step into the reel mines of this month, at mFortune ? […]

It’s time to see who managed to stock up on prizes this season with mFortu [...]

mFortune Bingo is filled to the brim with treats this Christmas! In addition to the […]