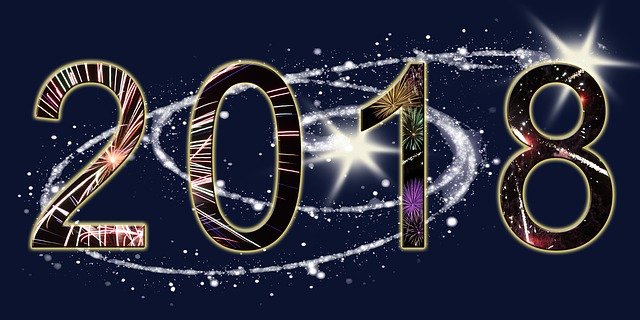 It’s the start of a brand new year, and talk at mFortune HQ has inevitably turned to New Year’s Resolutions. It’s business as usual for most – eat better, do more exercise, learn a new skill – but not everyone here is covering old ground when it comes to resolving to do something different in 2018.

Some of the familiar faces you might recognise from our games have got a slightly different idea as to what they should do more – or less of – over the next twelve months. Here are some of the alternative New Year’s Resolutions of the mFortune Casino mobile slots characters:

Life really was a beach for Robinson from Robinson Riches mobile slots in 2017 as he spent the second half of the year topping up his tan, looking for buried treasure, and hanging out with his pal Man Friday.

Head to Jan 1st 2018 though, and Robinson was on the receiving end of a rather sharply worded message in a bottle from his mother telling him it was time to head back to reality and bag himself a 9-5 job. Ouch.

So for our resident island hopper, his resolution for 2018 is to bag himself a job. These are alternative resolutions though, so Robinson has set his sights on a job as a beach lifeguard. We’re not sure that’s quite what his mother had in mind though…

Cavey from Quest for Fire

He may be best known being our lovesick caveman, always trying to win the heart of Cavegirl, but Cavey has long harboured a different secret love. One, which he’s resolving to finally pluck up the courage to act upon in 2018.

Cavey’s real passion in life is cooking and this year he’s aiming to realise his dream of opening his very own Bar and Grill. Of course, this may not come as too much of a surprise if you’ve played the mini-game, but let’s see how far Cavey can get with his entrepreneurial dreams before he’s distracted by the Fire Ruby – and Cave Girl – again.

Queen Bee from Double Your Honey

She’s been the Queen of the hive for a long time and had her pick of the male bees that swarm at her feet but this year, our Double Your Honey Queen Bee has decided that life as a promiscuous, single lady isn’t for her anymore.

She’s ready to be crazy in love and is on the hunt for the bee that will finally put a ring on it. She’s buzzing about finding the best thing she never had, and is looking for some bee who will be irreplaceable.

Sick of only wearing one colour for as long as he can remember, our resident sharp-shooter Robin from has decided to make 2018 the year he branches out and is bolder and braver with his fashion choices.

His New Year’s Resolution is to own a pair of tights in a rainbow of colours. He wants a pair in every shade of the rainbow – and in between! Forget saving money or shopping less, this fashionista wants to expand his wardrobe and be the sharpest dressed at mFortune HQ. We just hope he remembers to buy the cap to match.

Cash in the Antiques Auctioneer

His days are filled with flogging old tat – sorry, priceless antiques – to the general public, so you’d be forgiven for thinking that our auctioneer is a little stuck in the past. His alternative New Year’s Resolution then, may come as a surprise.

As a self-confessed technology addict, he’s vowing to spend less time on his phone over the coming months and is kicking things off with a complete smartphone detox. He’s only a couple of days in and is already finding it difficult without his technology fix. We wonder how long he’ll manage to last.

So there you have it, five alternative New Year’s Resolutions from some of the mFortune mobile slots characters. What are your resolutions for 2018? Be sure to let us know on Facebook!