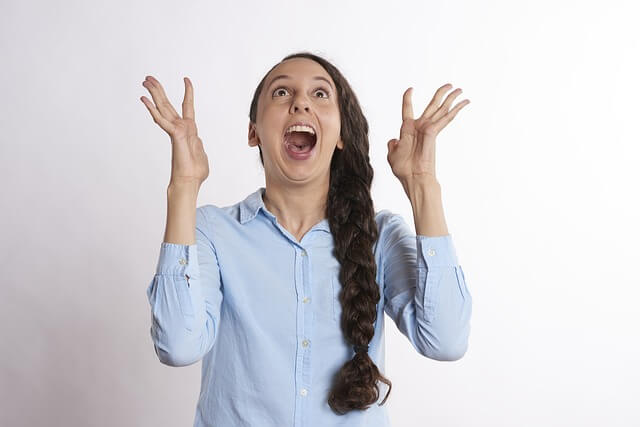 We thought then, that it we ought to give a little shout-out to some of those winners and share with you the games they’ve been playing and the prizes they’ve been bagged over the last few weeks. Here are some of mFortune’s August Big Winners:

It’s one of the oldest games in our mobile casino and one of our best loved, and Sherlock: Murdered to Death has been responsible for two of August’s big wins! A player from Bath sleuthed her way to a £1,648 win, while another from Milton Keynes solved the crime and won a whopping £10,000! Well done ladies!

Sticking with the feline theme, we had another pawsome win on our 9 Lives mobile slots game, with a player from Doncaster bagging himself a cool £1,000 win. Puuuurfect! We bet he was grinning like the cat that got the cream. The Jackpot on 9 Lives is nearing £8,500; we wonder when it’ll be won!

Released in February 2017, is a magical slots game where YOU can be the hero. One such hero from the West Midlands one a hoard when they saved the day and scored and incredible £1,000 win. Well done to you, brave knight!

The bright lights of Vegas Vegas mobile slots certainly are alluring, and making the trip to Sin City was worth it for the players who took home a prize. They include a player from Tyne & Wear who bagged himself £1,000 and a player from Birmingham who won £1,650! The Vegas Vegas Jackpot is our second largest at over £182,000, have you played it recently?

Now on to our casino games and sticking with the American theme, Texas Hold’em Poker has also had a number of big winners this August. One of which was a player from Weymouth who won £1,000! Way to go!

Blackjack is all about beating the dealer and getting to 21. One player who managed to storm her way to victory in the mobile casino classic card game, won a cool £1,100 earlier in the month. Well done!

It’s the age-old question: Red or Black? And mFortune’s European has seen no less than ELEVEN big winners this August. We’ve had £7,000 wins in Wakefield, £5,500 prize pots in Royton and even a huge £11,000 winner in Lancashire! Massive congratulations everyone!

The wins in this blog post alone are worth over £61,000 and these are just SOME of them! We’d of been here all day if we’d listed them all! A huge congratulations to everyone who’s won with us this month!

Make sure you keep an eye on our Facebook page for more winner announcements as they happen, as well as our winner’s website page! Will you be on our September winner list?

Was it Rein-ing Rewards for you this Christmas?

Christmas may be over, but there were a few late presents handed out that some […]

Travel to Ancient Egypt with latest game – . Across 15 locked win lines, you […]

This Christmas season, we’re rivalling old Saint Nick in generosity with just how many present [...]