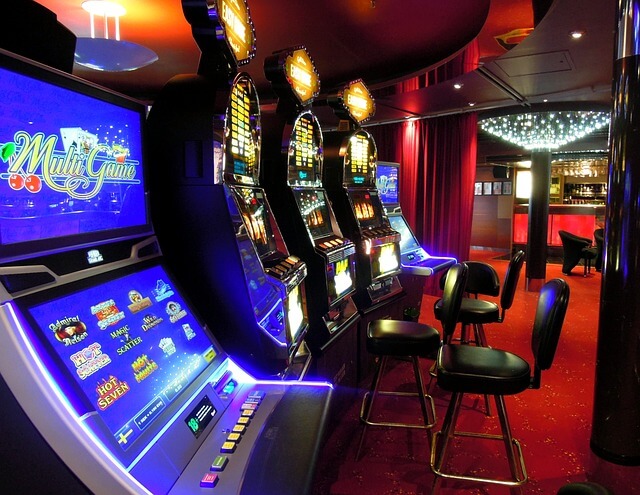 It may be the shortest month of the year, but February 2018 certainly hasn’t been short on mobile slots winners at mFortune Casino!

Players all over the UK have spun in* some great wins over the last 28 days on our online slots, classic casino games, and mobile bingo so, as is now a monthly tradition on the mFortune blog, we thought we’d share some of them with you!

Looking at data from wins over £500*, let’s take a closer look at some of the players winning big in February at mFortune Casino.

Slots Around the World Winners

mFortune Casino transports your around the world with our jet-setting mobile slots titles; from the streets of ancient Rome to the sandy shores of a desert island. Here are some of the winners in our slots from around the world.

Coliseum Cash was a new slots release for February and saw 13 players spin in wins in Rome of over £500! These 13 wins alone totalled over £15,800! Well done to you all!

Players who took a trip to the deserted land of Robinson Riches found a whole host of buried treasure! Eight mobile slots winners span in wins totally a coconuts £11,276 between them.

Heading to Sin City now, and 13 players span in wins of over £10,000 between them playing our classic game, Vegas Vegas mobile slots. And a final player spun in a win of over £870 playing Monte Carlo slots. Congratulations to all of these winners.

Time for some seriously tasty wins courtesy of our food-themed slots games now. Wins which will certainly leave you hungry to give these mFortune Casino exclusives a try!

First up, there have been 20 wins of over £500 spun in on Reel Fruity Slots. Wins which have totalled over £30,400 making Reel Fruity Slots the slots game with the biggest wins* in February alone. The Jackpot on this game is now a whopping £18,000! We wonder who’ll win it?!

Cash Cubed mobile slots was our final game release of 2017 and plenty of players have been after a bite of the cherry this February. In fact, we say 17 big winners who spun in wins totally £15,600 on Cash Cubed! Sweet!

Our fantasy-themed mobile slots games have also seen players winning big in February, starting with which, coincidentally, is a year old this month! Three players span in big wins in this fantasy favourite, wins which totally over £3,000.

Four brave players who tackled the crime of the century in Sherlock: Murdered to Death got the perfect reward as they span in wins of £2,900 between them.

Speaking of brave players, those who tackled some of our spooky slots also span in big wins this February. Two players span in wins of £1,300 between them on Which Witch slots and there was a win of over £900 on .

Our final category of February mobile slots winners are those won spun in wins of over £500* on some of mFortune’s exclusive animal-themed mobile slots games.

Cat and Mouse is one of our most popular mobile slots games – and the one with the biggest Jackpot of currently almost £350,000! This February, over £8,000 in wins was spun in by 11 players. Continuing the feline theme, a player spun in over £1,400 in 9 Lives mobile slots.

mFortune’s casino games have also seen some big winners too! These have included a £1,080 win in Blackjack, a £1,100 win in Hi-Lo Poker and two wins totalling £1,300 in Texas Hold’Em Poker.

Our biggest overall wins though, came in which saw 38 players spinning in wins over £50,000 altogether in February! Amazing!

Congratulations to all of our February big winners! Who will be our big winners next month?