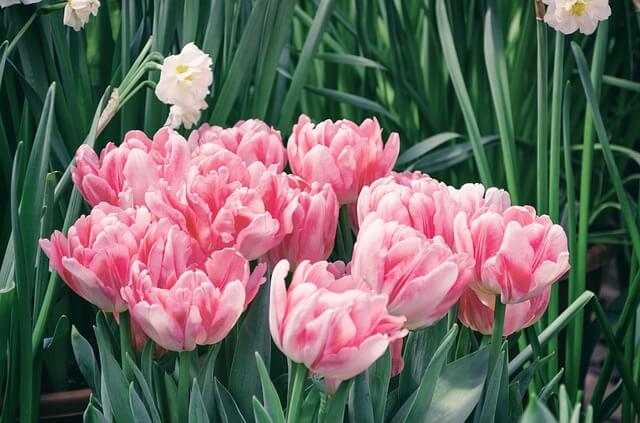 This post contains information which was accurate at the time of publication being released. Please ensure you read our latest T&C's for the most up to date information including changes to our Wagering Requirements. You can view the most up-to-date promotional information here. For more details, please contact our customer support.

We’re a quarter of the way through 2018 – nope, we’re not sure how that happened either – and mFortune Casino players are still winning big!

March 2018 has seen our players from all over the UK spin in* whopping wins on our mobile slots and casino table games and we thought we’d share a few of them.

We looked at data from wins over £250* to bring you mega March winners at mFortune Casino.

mFortune has released three new and exclusive mobile slots titles this year, and they’ve already been responsible for some of the big wins this March.

Tomb of the Wins, released at the beginning of March and saw six  players spin in some ankh-redible wins, totaling over £13,400!

Coliseum Cash mobile slots was our first release of 2018 and saw two players spin in collective wins of over £1,669 between them.

, which was only released in the final week of March, has already seen players spinning in Bel-largio-wins! A player from Kettering was lucky enough to spin in a win of over £1,000 on the day Golden Mile Slots was launched! March also saw another six players spinning in wins totaling a collective £2,865!

And while we’re telling you what happens in Vegas, we couldn’t very well ignore Vegas Vegas slots! It’s not a new game – in fact, it’s one of the oldest in our mobile casino! – but it fits in nicely here. We had six Vegas Vegas winners in March 2018, who span in over £5,300 between them.
Congratulations to all of you!

Our players have been chowing down on some huge wins in our food-themed slots games this March.

The largest collective wins in the foodie slots category came from our classic game, Fruit Machine. This March, four winners span in wins between them of over £7,881!
Four players have spun in wins totalling £4,449 between them on Reel Fruity Slots during the month of March. And did you know, the progressive Jackpot on this game is almost a mouth-watering £20,000?!

Continuing the fruity theme, six mFortune players spun in impressive wins on Cash Cubed mobile slots which total over £3,600 and a player from Suffolk spun in over £1,200 on mFruity. Our final food-based slots winner comes from London and spun in £782 on slots. Well done to you all!

March Winners on Our Animal Slots

It’s not just foody games we have a lot of, it’s animal-themed mobile slots games too! And in March 2018, mFortune players spun in winnings of over £8,500 on these games! Let’s take a closer look.

Starting off with Cat and Mouse slots, one of our most popular games, which gave us four big March winners who span in over £3,000 between them. On the feline theme, an mFortune Casino player from Tyne and Wear span in £979 playing 9 Lives.

mFortune’s mobile slots characters are pretty famous, and the games they’re part of have given us some great wins this March.

First off, Robinson Riches slots saw four players get cashed away with wins totaling £3,440 between them. Four players who helped our super-sleuth in Sherlock: Murdered to Death also span in huge wins, this time of over £3,243 collectively.

An mFortune Player from Kent span in a win of £849 on mobile slots.

Congratulations to you all!

March also gave us some huge winners in our mobile casino classic games too. We had two winners who won £1,700 between them on Texas Hold’Em Poker.

Well done to these, and all of March’s mFortune Casino winners. Will you be one of our big winners in April?

Spin the reels and Spin the wheels in Legend’s Luck

We hope you felt reel-ly romantic this year with the Valentine’s Day campaign – Re [...]

When you’re looking for an online slots game to play, you only want to play […]

18+. Up to 50% deposit match bonus of friend's first deposit received when the referred friend has played through their first deposit of £10. Bonus value decided by lobby game. Max Bonus £100. An additional bonus of up to £10 will be provided via lobby game when friend registers. 40x wagering requirement. 3 day expiry. Max withdrawal from bonus win £50. Withdrawal of deposit excludes player. Maximum monthly referral of 6 friends. T&Cs apply. BeGambleAware.org

Add mFortune to your home screen for easy access

Add us to Home Screen for best gaming experience.