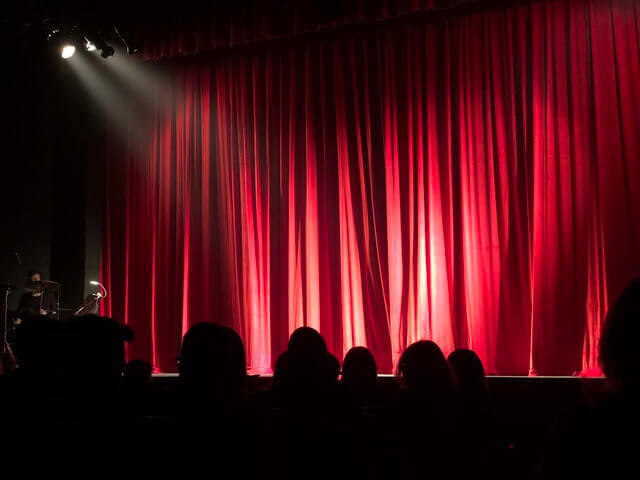 Not content with starring in their own exclusive mobile slots games, some of the mFortune characters have now decided to put their best foot forward and show off their skills in the next instalment of mFortune’s Got Talent.

Hosted by a truly iconic presenting duo, the Which Witch sisters, mFortune’s Got Talent is our mobile slots stars’ chance to show off their party tricks to impress our Head Judge – and mFortune Bingo mascot – BB.

Who’ll be a smash hit at their audition? And who should stick to mobile slots?

He’s a man of many talents with not one but two mFortune Slots games to his name, and Buster Safe is now adding another string to his bow with his mFortune’s Got Talent appearance. His act? He’s hoping to wow BB with his skills as a magician.

You see, during his days as a loveable criminal Buster got pretty good at making things – namely swag from his many robberies – disappear when needed. In fact, Buster is also pretty good at making himself disappear having evaded capture at the hands of Officer Longarm. Sounds like the makings of a great act to us! Whether his skills as a magician will be enough to impress Head Judge, BB is anyone’s guess; Buster may still be locked away for crimes against entertainment!

The inhabitants of are well versed at getting in formation on the reels of this mobile slots game, so have decided to enter mFortune’s Got Talent as a dance troupe.

There’s just one problem. The Spin Kingdom lot are famously rather hot-headed and rehearsals have already led to more than a few squabbles – heads, quite literally, rolled with this bunch. When they can get along, the routine is amazing but whether they’ll be able to hold off fighting long enough to get through the audition remains to be seen.

As the star of the sharp shooting , our hero in tights is a pretty mean shot with a bow and arrow. In fact, we don’t think we’ve ever seen him miss the target. So confident in his abilities, Robin has signed up for mFortune’s Got Talent – but it’s not an arrow he’s shooting.

Robin has decided to enter as a knife throwing act. It’s the same thing right? Make the sharp, pointy thing hit the target and don’t hurt anyone in the process – how hard can it be? He had asked Maid Marian to be his glamourous assistant but she came down with a mysterious illness the day before the audition and had to pull out. We can’t think why…

knows how these talent shows work – judges love an animal act – so he’s hoping to bag the mFortune’s Got Talent title by wowing Head Judge BB with some of the creatures from his farm. Well, we say “wowing”…

He’s been training them for weeks and so far there’s no sign of a talking cow, dancing pig, or signing chicken. If he’s totally honest, Gold Macdonald is hoping to wing his audition and get by on the comedy value. Everyone loves the so-bad-their-good contestants right?

Heck, most of these novelty acts go on to win so he’s got to be in with a shout, right?

When they’re not running amok and causing mischief at mF HQ, the stars of mobile slots have been known to play a tune or two in a traditional Mexican mariachi style. And they’ve decided to take their act to the stage with mFortune’s Got Talent.

They’ve got it all planned out. They’re going to play songs everyone knows and loves, with a mariachi twist. They’re confident their act will get everyone dancing and be a sure-fire success. They’re even hoping BB will change the music on his bingo radio to one of their songs.

We think this is a much better way for them to spend their time, than trying to breach the border right?

It’s almost time to start the show, and we can’t wait to take our front row seats and see if mFortune really does have talent.