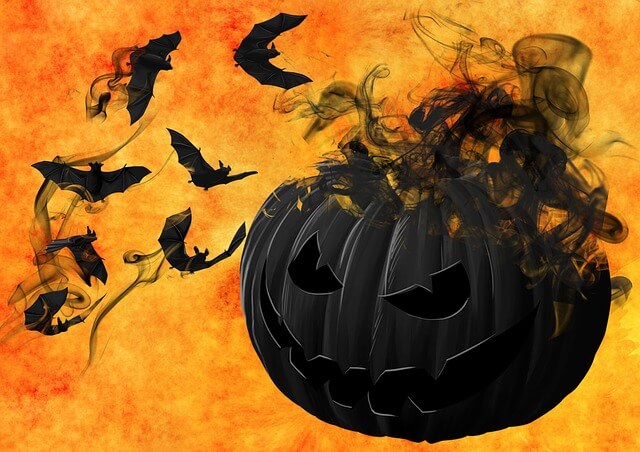 The witching hour is upon us, and things have been getting a little bit spooky at mF HQ.

Our Facebook team are running killer HalloWIN competitions, there’s a whole office Fancy Dress competition (and party!) planned for Friday, and BB has taken to jumping out and scaring the Bingo Admin team at intervals throughout the day.

And we couldn’t help but notice that some of the progressive Jackpots on some of our Halloween-related games have grown scarily big too. Is it the time of year? Has someone been casting a spell over our slots?

Maybe. We can’t be sure. But what we do know, is that these Jackpots are going to climb and climb until they’re won! Here are some of the scarily big Jackpots you could be playing for at mFortune this Halloween:

Those Which Witch sisters just love this time of year. They’ve ramped up the pranks and are in full on Trick or Treat mode and – SPOLIER ALERT – it’s mostly tricks they’ve been playing on each other.

The biggest treat on offer though, is the Which Witch progressive Jackpot which is currently a huge £39,500! AND, if you download this game for the first time before October 31st, you’ll get £3 free to try it out!

It’s not Halloween without a creepy story to send a shiver up your spine, and our mobile slots exclusive Sherlock: Murdered to Death certainly fits that bill.

Our Crime-Fighter-in-Chief is always on edge at this time of year – it’s all the disguises and sneaking round, it rings alarm bells for him – but the one thing he has been keeping a close eye on is his mobile slots progressive Jackpot. It’s now over £25,000! Wouldn’t you just love to win that from under his nose?

At this time of year, there’s only one person you want to call on – . That is, if he can fit you in. October always sees an increase in poltergeist pests and Buster is busier than ever. Turns out a life of crime doesn’t pay as well as busting ghosts around Halloween!

While you probably don’t want to hoover up any scary spectres, you will want to hoover up Buster’s scarily good mobile slots Jackpot. At the time of writing, it’s over £5,300 and will eventually be won by a lucky player!

There’s not just ghostly goings on around here. There’s also something pretty out of this world happening at mF HQ. The bright lights from Old Man Miller’s farm seem to be shining a little brighter meaning that an is imminent.

And there’s a seriously impressive progressive Jackpot that you’ll want to UF-know about! At the time of writing, you could abduct a total haul of over £11,800 from those little green men. It’s not rocket science to see why this game would be so popular with a total Jackpot that big!

Halloween isn’t all about scares and tricks – it’s about treats too! is working overtime at the moment to meet demand and that means one thing – there are more sweets than ever before at mF HQ!

His sweets aren’t the only thing whetting appetites around here. Sweet King’s progressive Jackpot is currently a pretty tasty £13,000. Now THAT would be a mobile slots prize worth sinking your teeth into!

Have you played any of our mobile slots games recently? Sign up today and get £5 free to try them out – without needing to make a deposit!

There are some fantastic prizes to be found in the Creepy Crypt of Bone-uses!

Kick back, relax and hopefully watch the wins roll in with the tide on by […]

Have you taken home a share of £20,000 with our Summer Stake-ation?

Have you taken home a share of £20,000 with our Summer Stake-ation?