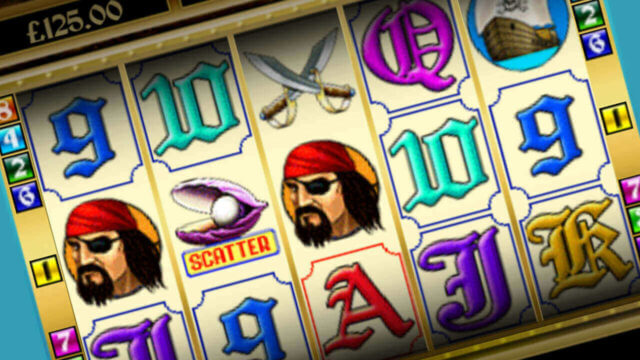 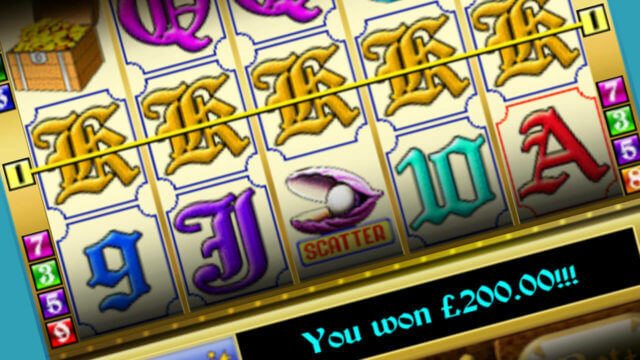 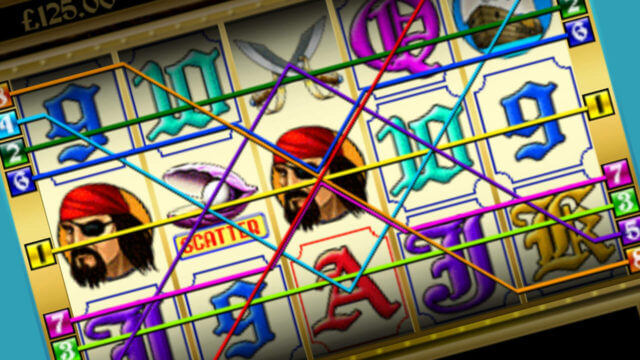 Enter your phone number and play on the go!

Enter your phone number and play on the go!

What's in the game

Ahoy, me hearties! There be a pirate loot up for grabs to the salty sea dog who can ride the stormy seas in Pirate’s Treasure online slots by mFortune Casino. This swashbuckling slots game features nine watery win lines and a mini-game where you can boost your buried treasure. If ye be brave enough, that is!

Shiver me timbers! Join the mFortune motley crew as they set sail across the seven seas in search of a gold doubloon or two. Let’s hope it’s only smooth seas ahead as you hunt for multipliers and bonuses in this pirate adventure.

What are you waiting for? Anchors away!

Get Started with Pirate’s Treasure Slots

Yo ho! It’s a pirate’s life for us and you can join us on an epic quest for buried treasure.

Getting ship shape couldn’t be easier. Just tap the ‘+’ and ‘-‘ buttons to set your bet-per-line as well as the number of win lines you want to set sail on. These will be multiplied together to form your total bet amount, which is displayed on screen.

You can play from as little as 10p a line right up to a maximum of £20 a line in live play, and working out your cost-per-spin is much easier than trying to decipher an old treasure map.

If you bet 10p a line across all nine win lines, your total bet will be 90p. If you bet £1 a line and play with five win lines, it’ll cost you £5 a spin, and so on. When you’ve found a combination that suits you, just tap ‘Spin’ to start.

How to Play Pirate’s Treasure

Assembled your crew and planned out your course for swashbuckling slots success? It’s time to grab the wheel and hit the seas. Tap ‘Spin’ and you’re away!

Much like a pirate ship sails from west to east, the Pirate’s Treasure win lines pay left to right and require a different combinations to make up a win. Some pay out with 2 or more on an active win line, for others it’s 3 or more you need.

X marks the spot, or rather the in-game paytable does. Here, you’ll find out all the winning symbol combinations and associated multiplier amounts you need to dig up the biggest prize across the game’s win lines.

Your wins across multiple win lines will be added together to form your total pirate hoard, and this will be displayed in game. There’s no need to make us walk the plank, but only the largest win on a single win line will be paid.

If it’s gold doubloons you’re after, you’ll want to keep your eye out for the gold coin symbol. This is a Wild and it’s a good bit of buried treasure to find. You see, the Wild will substitute for any other symbol – except the Scatter and Mini-Game symbols – helping you land a pirate win.

For example, line up two sword symbols and a Wild on any active win line to bag a win worth the value of three swords. Now that’s what we call smooth sailing!

We all know pirates love buried treasure so if you happen to line up two or more chest symbols you could be in luck. This will transport you to the Treasure Chest mini-game where you could dig up some real bounty.

In this arrrrsome mini-game, you’re faced with not one but three treasure chests. Each contains a bonus amount, but you won’t know how much is inside until you open them. Once you’ve chosen your chest, you’re shown your prize which you collect and exit to the reels.

Keep your peepers peeled for a pearl symbol while you’re sailing the Pirate’s Treasure online slots reels as this Scatter symbol could give you some free spins when you spy it on an active win line. Lining up 3, 4 or 5 scatters on any active win line grants 5, 7, or 9 free spins respectively.

These additional spins are locked at the value of your previous spin but as Blackbeard is paying for them for you, they won’t make a dent in your playing credit.

Pirate’s Treasure by mFortune. is playable on 99% of mobile and tablet devices and online, you can also bag yourself an up to £10 free bonus when you sign up!

Pirate’s Treasure online slots has a theoretical return to player of 89.89%. This is based on long term playback.